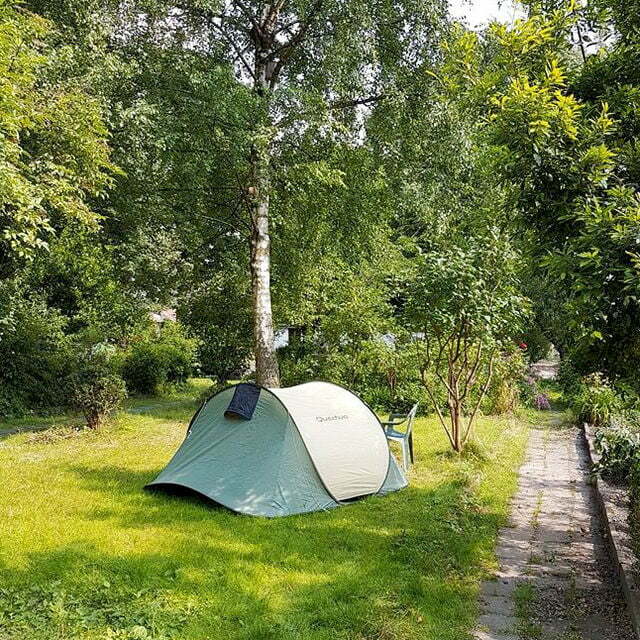 So here we are, on the fourth day of summer in the year of our Lord 2019. The next 60 days will be the hottest of the year. Unless, of course, you live in Australia, which will be experiencing its coldest months of the year. Summer means the sun shines most directly on one-half of the world. Warm nights of July and August make for comfortable tent camping. When we talk about camping, we speak of tents.

Staying in these big motor homes or trailers is not camping. You simply do not get the experience of camping unless you’re under canvass — my opinion. Sometimes, though, tent camping, I must admit, can be a not-so-good experience. My family and I, when the kids were growing up, pitched our tent in campgrounds across Kentucky and much of southern Ohio. Bonnie and I were married in late July 1954. Our first child, Kelly, was born in early April 1956; our second, Kendall, in early May 1957; and our third, Cindy, in the fall of 1961. So, in the experience I’m writing about, they would have been ages 9, 8, and 4.

Today’s tents you pop up in five minutes, as easy as opening an umbrella.

But in those days, the mid-1960s, they were more complicated. I recall our first one. As I struggled to get the right aluminum pole to fit in the right slot, Bonnie would say, “Read the instructions!”

We arrived at the Carter Caves State Park campground around noon. Three hours later, I had our little home-away-from-home up and pegged down. I wish I WOULD have read the instructions. Unbeknownst to me, you were first to erect the new tent in the backyard and spray it down well with a garden hose. This would weld the fabric together and make it rainproof. The evening went well. There was a nice family meal on the picnic table, then, as darkness closed in, a cheery campfire for toasting marshmallows.

A ghost story or two, and we five crawled in for the night. Weather forecasts back then were not at all dependable. Who could have known of the dark rain clouds moving toward the campground from the west? Sometime after midnight, the clouds hovered overhead and dumped their contents — hard rainfall. For an hour or two, it lasted. Water came through that canvass as though it were a sieve. I had pitched the tent on a slight slope. Most of the water settled in one end. We crawled to the higher end, dragging our wet blankets.

Finally, I surrendered, dragging the already-soaked kids out into the rain. I had neglected to dig a trench around the perimeter of the tent. Water ran down past the entrance like Tygarts Creek. I settled the kids – wet, cold, and complaining kids — into the back seat of the family jalopy, with Bonnie, who was not laughing, upfront. You might remember that I’ve written about several instances when I could have – probably should have – died at an early age?

One of them was coming up.

We did not have a battery-powered lamp nor a Coleman lantern, and I had forgotten to pack the two flashlights. But I had brought a small bedroom lamp to provide a settling-in light since I knew our campsite did have an electrical hookup. I had run a cord into the tent. The lamp was still burning, and before taking refuge in the car, I crawled back in to turn it off. It was sitting in a pool of water at the lower end of the tent. I was reaching for the lamp switch when my groggy mind sent an urgent message to my arm: “No! No!

I crawled back out and yanked on the cord, unplugging it at its source.

It was the most miserable night.

As it usually does, the sun came up the next morning. It shone brightly throughout the day. Our equipment dried out, and we enjoyed the rest of the trip. Later – much later – we were able to laugh at the recalling of that first night in a new tent. And over the years, we became seasoned tent campers, with the good trips outweighing the occasional not-so-good ones. But … read the instructions? Nah. I did it all by trial and error.